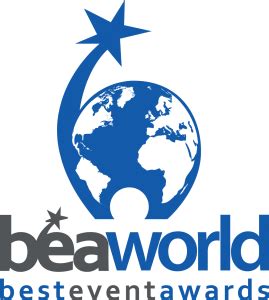 Year 2020 “Circus on Water” project has made it on the SHORTLIST in Bea World festival Milan, knowing that this year Bea World organisation received entries from 23 countries across the globe,180 projects presented, this is a very good result – we are nominated as one of 6 best Non Profit Events in the world!
We had the opportunity to show our excellence to the international event community and had a chance to show the best of our work and our outstanding creativity! #BeaWorld2020

By creating CIRCUS ON WATER project, we found a unique way of getting to know the fauna of the Canary Islands. As the world increasingly responds to animal performances in the circus arena, where they suffer both physical and psychological distress, the Water Laser Show has expressed its solidarity with the situation and has taken a clear view of the problem and decided to contribute to its resolution in sustainable way. Creating an image of an animal on the water screen allowed to look at it much more closely. The Water Laser Show guaranteed viewers only the highest quality 3D technology that enabled even the smallest details of animal fur to be seen on the created water wall. Children also were able to hear the true sounds of the animals during the show and see the natural movements of the animals in front of their eyes, in an effort to reproduce their behavior in the wild as realistically as possible. CIRCUS ON WATER project became fun for the whole family. The impressive design capabilities allowed the show to be performed in a space more than 10 meters high and 100 meters wide. With these dimensions and the professional application of technology, it was possible to create a promising show that fascinated every participant and, at least for a short time, every child was cared away into a magical and mysterious world of 3D WATER CIRCUS.